‘One night with Venus, a lifetime with Mercury’: Syphilis and ‘Syphilophobes’ in Early Modern England 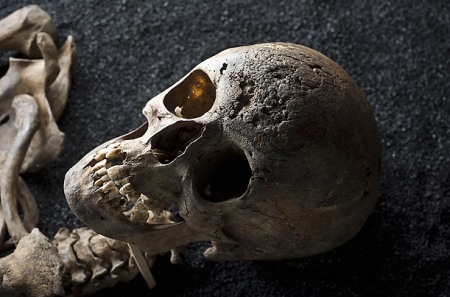 Before the discovery of penicillin in 1928, syphilis was an incurable disease. Its symptoms were as terrifying as they were unrelenting. Those who suffered from it long enough could expect to develop unsightly skin ulcers, paralysis, gradual blindness, dementia and ‘saddle nose‘, a grotesque deformity which occurs when the bridge of the nose caves into the face.

The seventeenth century was particularly rife with syphilis. Because of its prevalence, both physicians and surgeons treated syphilitic patients. Many treatments involved the use of mercury, hence giving rise to the saying: ‘One night with Venus, a lifetime with Mercury’. Mercury could be administered in the form of calomel (mercury chloride), an ointment, a steam bath or pill. Unfortunately, the side effects could be as painful and terrifying as the disease itself. Many patients who underwent mercury treatments suffered from extensive tooth loss, ulcerations and neurological damage. In many cases, people died from significant mercury poisoning.

Given the nature of syphilis, as well as its therapeutic alternative, it is not a surprise that many people developed a phobia of the disease. ‘Syphilophobes’ feature frequently in seventeenth-century medical literature. Richard Wiseman, a surgeon from the period, writes: ‘These men will strangely imagine all the pains and other Symptoms they have read of, or have heard other men talk of. Many of these hypochondriack have come to [me]. They commonly went away…unsatisified, nor could they quiet their minds till they found some undertake that would comply with them’. [1]

When a surgeon or physician failed to provide the desired diagnosis, syphilophobes often turned to quacks, who frequently traded on the fears of their patients. Quacks promised quick and immediate cures for the syphilophobes’ imaginary symptoms. Wiseman naturally expressed his scepticism: these patients ‘were never the better, the imagination in which the Disease was seated remaining still uncured; whereupon presuming they were not in hands skilful enough, they have gone to others and so forwards, till they have ruined both their Bodies and Purses’. [2]

Today, syphilophobes are few and far between thanks to the wonders of penicillin; however, there are people who still suffer from a general fear of venereal diseases. Cypridophobia is named after the Greek island, Cyprus, where legend has it the Goddess, Venus, was born. Although it is rare, those who suffer from it can at least rest assured that ‘one night with Venus’ does not lead to a ‘lifetime with Mercury’ in this day and age.